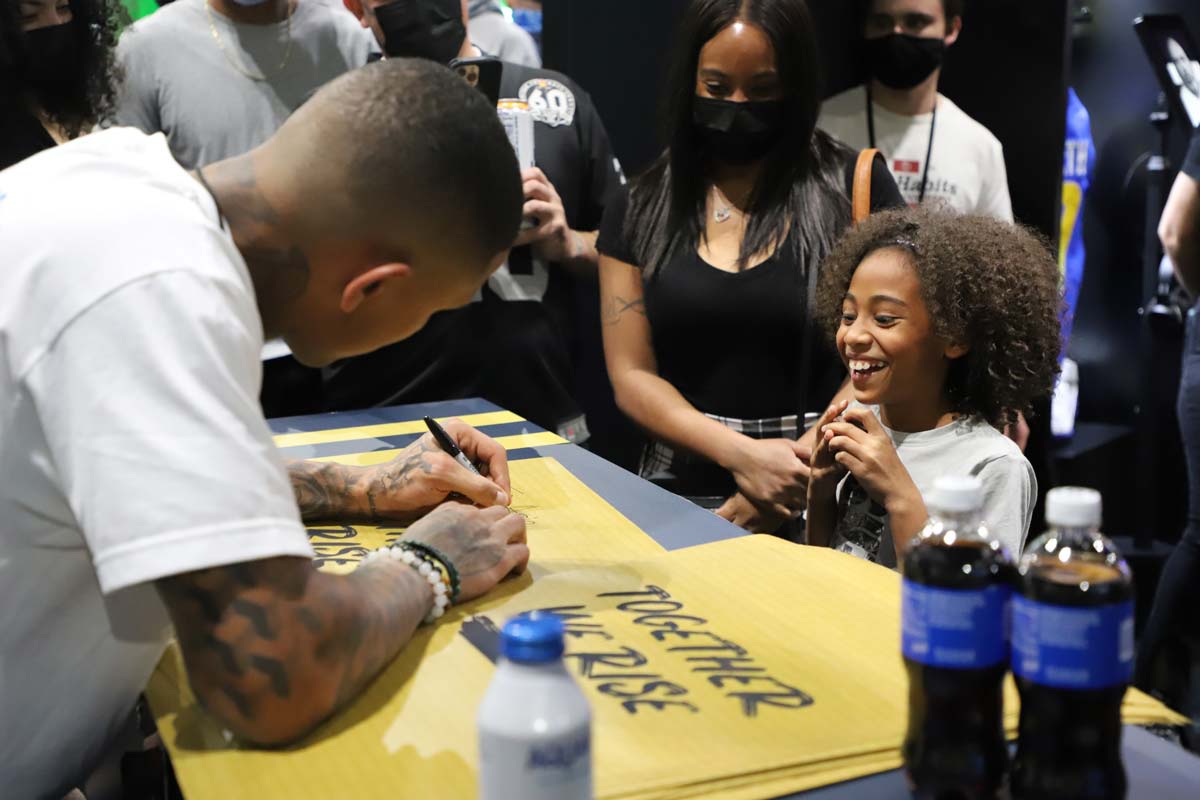 Champions of Change is RISE’s in-person and virtual experience that takes fans on a multi-sensory journey designed to educate, evoke empathy and inspire action, while highlighting the impact sports have on inspiring social change. Fans hear firsthand stories from athletes, coaches and sports leaders on their experiences with race, discrimination and activism and can explore the RISE Road to Progress, an interactive timeline that chronicles the historic intersection of sports and social justice.

And Champions of Change had its busiest month yet as the RISE experience was set up from coast to coast and across the entire country – with more locations coming. 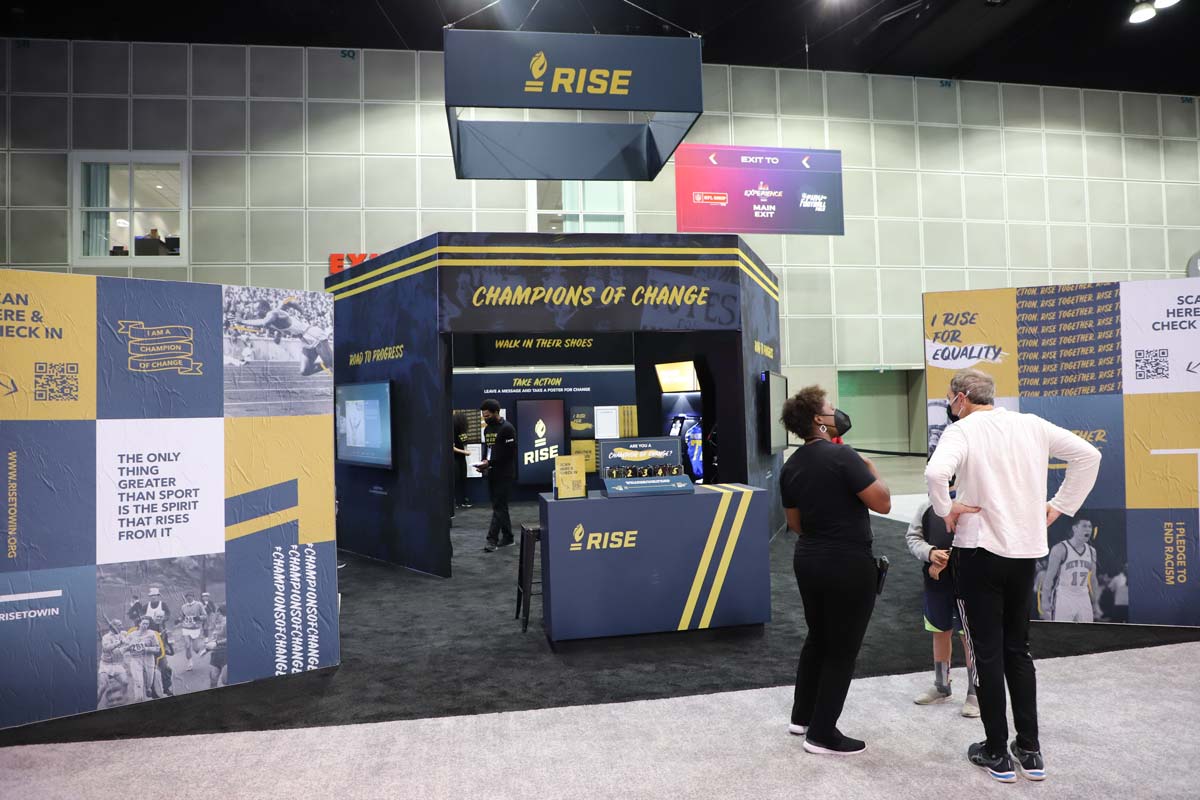 “This is a terrific exhibit. I definitely love seeing all the different examples of sports furthering human rights and civil rights,” said NFL fan local to southern California. “It’s essential that everyone listens and understands what other people are going through that may not be like them. That’s the key.” 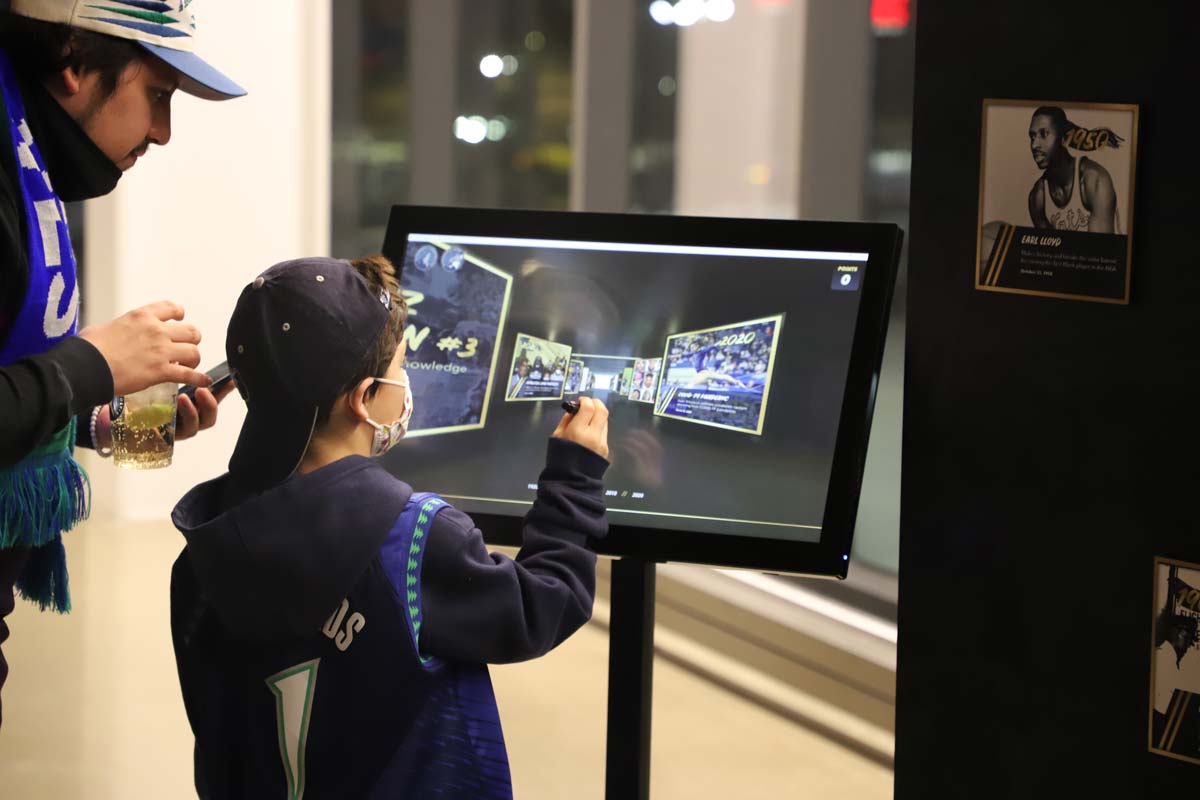 Caption: A young Minnesota Timberwolves & Lynx fans goes through the Road to Progress at Champions of Change at the Target Center.

Last, Champions of Change was on display as part of the Cleveland Power of Sport Summit, which was held in the city the weekend of the NBA All-Star Game and celebrated diversity, equity and inclusion by demonstrating the power of sport as a catalyst for change. Held in conjunction with NBA All-Star 2022, the free multi-day event showcased local and national organizations utilizing their voices to address topics related to adaptive sports, gender equity, LGBTQIA+ athlete advocacy, mental health, racial equity and more.

Additionally, fans across the country can also experience Champions of Change virtually by visiting risetowin.org/champions.